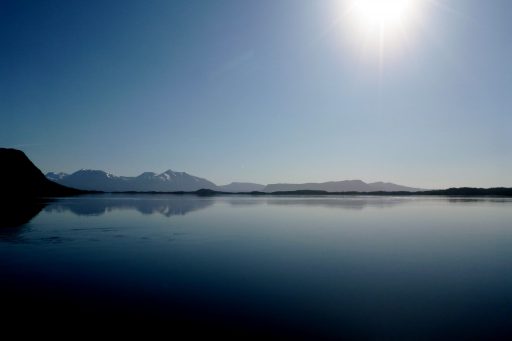 It was about a year ago that people first began to notice something going drastically wrong on the Pacific shores of South America. In Golfo de Penas, a massive bay on the coast of southern Chile, dead Sei whales were being discovered – not just in ones or twos but strewn along the beaches throughout the area. Nobody could provide any explanation for what the animals had even been doing there, tucked into inshore channels and minute coves; and how many there were throughout the entire unpopulated and little-visited area was anybody’s guess. It was only from a plane that the extent of the damage was eventually ascertained – 340 corpses were located in the first estimate, these alone forming the largest whale-stranding in recorded history.

At the time of the discovery we were some 600 miles along the coast from Golfo de Penas, at the southern tip of the continent, and we met sailors coming from the north who described the somewhat gruesome scene: bones and strips of baleen thrown up along the high-tide line and becoming over-grown with plants, the stench of rotting flesh on the massive carcases – the newly dead still grey, the year-old ones turning red and a focus of attention for insects and scavenging birds. The question was, why were they dead – and the answers, when the mass-stranding was a new discovery, were numerous. They included suggestions about military sonar and the inevitable “something to do with Fukushima” response, touched upon El Nino and climate change, and went on to implicate red tide (a plankton bloom common in this region; which when it occurs renders the consumption of some of the sea life, notably the shell fish, deadly even for humans). Others feared that the deaths might be related in some way to Chile’s notoriously harmful and polluting salmon-farming industry; and the government’s rather evasive reactions regarding making any inquiry into the dead whales did, to an extent, suggest that they might be fearing the same.

Some fellow-sailors and friends of ours, Keri and Greg, were among the first to encounter the whale carcasses; and so I was able to hear about the case first-hand. They were soon closely involved with investigating the cause of the creatures’ deaths, attempting to stir up concern internationally – Sei whales being an endangered species -and repeatedly taking groups of scientists out on their yacht to locate the corpses and take samples from them. When Greg came back south to the Beagle channel that winter we met up again; and he hesitantly laid out the ideas which they were starting to formulate after several months of work.

The stranding, they had decided, was indeed related to red tide: the Sei whales are thought to feed on shoals of a type of squat lobster, which apparently accumulates the poison. The remaining question was why the whales had ended up in shallow inshore bays, but apparently his team had a ready suggestion. The red tide is a nerve poison, which would affect the whales ability to stay afloat in order to breathe – so the whales could have beached themselves deliberately as a survival mechanism. Perhaps these were only the ones who had succumbed to the poison, or which had been unable to re-float themselves on the next tide; some of the animals, Greg implied, might have recovered and headed back into deep water. And, if the whales had this habit, why hadn’t carcasses been noted in previous years? Because, he answered promptly, red tide was not as common in the past (and for this there is a certain amount of evidence. It’s prevalence nowadays is generally attributed to global warming, perhaps something to do with the changing characteristics of the El Nino affect.) So, far from being a natural phenomenon, this looked like it might be a new problem and a growing threat to the Sei whale population.

As Greg put it himself, it was a “succinct solution”, one which temptingly tied up all the loose ends whilst implicating all the anticipated culprits. It was only a hypothesis, he made it clear: for one thing the researchers hadn’t obtained the results of their tests and so couldn’t yet announce publicly that the animals had even dead as a result of the plankton bloom. But it was an assumption which the team seemed to be increasingly comfortable with making.

Others thought differently; and the next time we met with Greg his opinion regarding the whales had undergone a radical change. When the scientists first arrived in Gulfo de Penas they had met up with a fishing boat – a common event – and the captain, when he heard of their mission, had remarked that whales were often chased up onto the shore by marauding Orcas. The team must certainly have already heard a collection of far-fetched guesses and old wives’ tales relating to the cetaceans; and they seem to have been more amused than surprised by the story. Either way, nothing more than a severe jolt would have been enough to dislodge their own attractive theory – which they received when a pack of killer whales suddenly charged into a bay in which they were working, driving ahead of them a Sei whale, which pointedly beached itself amid a storm of spray and drama “in front of the necropsy team, mid-dissection”, before it succeeded in getting back into the water and continuing to flee. The scientists had been working on the last carcase which they were intending to sample; one which they had decided would provide the conclusion of their study, even prove their explanation of the stranding.

The crew were disturbed by “unusual” noises in the water that night, waking up to some very hefty and unavoidable evidence in the form of two fresh and glistening whales which had arrived during the night and were lying dead on the beach ahead of their boat. Their neat, painstakingly assembled hypothesis, to quote Greg, was lying “twisted and bleeding” along with them. The results for their red tide tests, when they came in, did nothing to resurrect it – it seems that they were ambiguous, but largely negative. The whales probably hadn’t died of red tide poisoning after all.

The researchers provided an answer, of sorts, but not the one which they had really wanted; since it was an answer which supplied a great many questions at the same time. Was it really possible that all of the hundreds of whales were dead as a result of Orca activity? Greg concluded that this was “not only a possibility but a probability”, while other members of the team – Keri included, seemingly – were incredulous, and continued to look for a way to attribute at least some of the deaths to plankton blooms.

Why didn’t it happen elsewhere along the coast of Chile? And why have the Orcas just started doing it now? Is there something peculiar to the Sei whales, the Orcas, or the environment of that region; and has something relating to one of these factors changed in recent years? And perhaps the most intriguing question; why do the Orcas even do it at all – since they make no attempt to eat the beached whales? Far from taking a few simple tests and getting a positive diagnosis, everybody went home philosophising about cetacean psychology.

Greg’s response to the abrupt revelation seems to be that they should have been making more use of local knowledge in the first place: “We must listen to the stories, ancient and modern, that come from the mouths of the people who live here,” he notes, but not without adding “and then verify them with our own experience.” Some might be tempted to pass the story off as yet another example of modern scientists too arrogant to listen to the wisdom of the “uneducated” locals – but personally, I can relate to team’s first rejection of the fisherman’s theory. Having often made casual attempts to learn about the regional wildlife from locals; I‘ve come to the unfortunate conclusion that years of experience, coupled with a polite inclination to produce a confident answer, are actually very poor substitutes for an interest in the subject matter – and an insatiable interest in natural history is something which most, although perhaps not all, of professional fisherman appear to lack.

Meanwhile in the Beagle channel, moored by the small Chilean town of Puerto Williams, we began hearing rumours of a dead whale washed up somewhere on the opposite shore. A few days later some hikers produced photos of a carcase which they had found on a beach nearby – it was a young humpback calf – and I assumed that the same one must have drifted across the channel on the tide. But the same week we heard reports from the crew of another yacht about a different whale on the shore, in a completely new location. An acquaintance, who has been a tour guide in the town for some years and has a not inconsiderable knowledge of the local flora and fauna, was mildly interested at the mention of two if not three dead whales nearby. But he wasn’t sufficiently surprised to want to investigate the matter further.

“It’s just Orcas,” he said. “Around here they often attack the whales, or drive them ashore; sometimes the tourists can watch them and take photos. It happens all the time.”

Presumably that never came up in conversation with Kerri and Greg, who are mutual friends – if he had mentioned it to them, it’s possible their lengthy investigation might have progressed differently.

Not long after I had heard of the Orcas in Golfo de Penas demonstrating their sadistic side, and the whale’s case seemed at least for the time being to have been closed, I was reading the autobiography of Lucas Bridges – a missionary’s son who was born in the south of Chile some 150 years ago. He grew up among the native “savages” whom his father had arrived to Save (and who were exterminated mostly by diseases introduced by these settlers), a stone age race who had survived on whatever food they could exhort from the frigid sea out of their make-shift canoes. There was one sentence in the reminisces which struck me as particularly interesting: “[The natives] obtained nearly all their supplies of whale-meat and blubber from stranded whales, which had either drifted ashore after falling victim to killer whales in deep water, or had been stranded in their desperate attempts to escape these fierce creatures.” The discovery which the scientists have incredulously announced seems after all to be old news. Far from being an isolated case, or one which has recently developed among a particular tribe of Orcas, it sounds as if the animals have been pointlessly driving whales up the beaches at least since the 1870s – and for hundreds of years probably, or potentially even thousands. And far from being something which only takes place in the bay of Golfo de Penas, it happens on a regular basis throughout the Beagle channel area; and quite possibly along the entire coast.

The story says a great deal about how much is still to be discovered throughout Chile, which although it is for the most part unpopulated is far from unexplored. How could such a dramatic, and one might say noticeable, phenomenon be overlooked – or unrecorded by the scientific community, anyway – for so long?

But mainly, it says a great deal that a conundrum such as this one, well publicised and painstakingly investigated, can stump governments and scientists alike for months on end when the answer was in fact not only known but recorded in writing. Information which can’t be immediately revealed with a modern search engine is not really information at all nowadays: not even the most zealous researcher would think of reading through an unrelated and long out of print autobiography in the hopes of coming across notes on cetacean behaviour. Perhaps we take living in the so-called “Information Age” rather too much for granted.

3 thoughts on “Whales and Killer Whales”