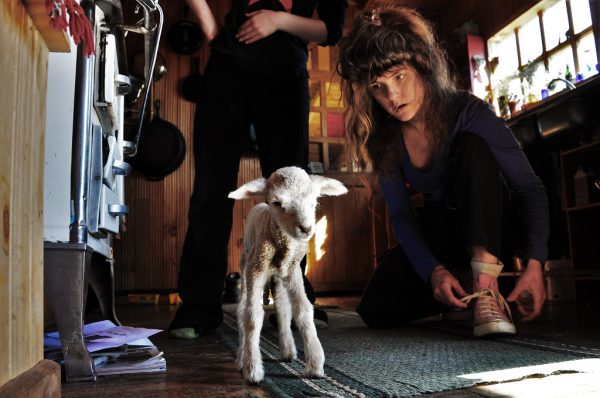 Within the tortuous maze of islands and channels which makes up Chile’s inhospitable coastline is the small town of Puerto Eden, which has the somewhat dubious distinction of being the settlement with the highest rainfall on earth. But when we arrived in our current location of Puerto Natales, less than two hundred miles along the coast from Eden, we found scrawny cattle attempting to graze on arid, brown plains of dry grass. We recently watched the first few days of spring melt away all the snow from the nearby mountain tops; and some of the locals expressed doubt as to whether they would ever see it return with the coming winter. Over the previous four or five years they’ve seen progressively hotter weather, with less and less rain, and it seems only reasonable to expect the trend to continue.

Soon after arriving in Natales we were befriended by Romano, a Chilean environmentalist who moved his family from the metropolis of Santiago in order take up farming and a more relaxed pace of life, but found himself turning to activism in the face of the local industries. A tour around his small-holding involved visiting seven cats, the rabbit, and two large greenhouses containing his strawberry crop – he was pioneering a method of growing them in the dried sphagnum moss which is discarded in the process of peat production (somewhere nearby moorland is clearly being converted to blocks of peat; which, according to Romano, is shipped to Japan for the growing of exotic flowers.)

Finally we visited his thirty sheep; which with their protruding bones and enormous heads all appeared to be on the point of starvation – hardly surprising, since the field in which they were grazing was just as brown as the surrounding landscape. 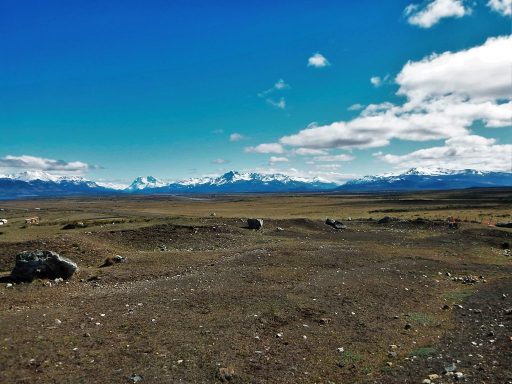 It’s springtime, but livestock are faced with an uninviting pasture.

Back at the house, his daughter arrived at the door with a new-born lamb, which she set down on the floor in a corner of the room. The mother had deserted it, she explained, having little or no milk after a winter of poor feeding. A few hours later I took the emaciated and increasingly comatose animal outside with her while she attempted in desperation to find it a substitute mother; herding all the sheep into a barn and capturing each of the ewes in turn, most of which had young offspring of their own. She eventually turned them all loose with a shrug. “None of them have got any milk.”
As we returned to the house with the lamb – which was now dead – she pointed out where they would bury it; along with those new additions to the herd which had succumbed to an identical fate. “Fifteen, this season,” she said, adding “but we’ve never lost anything like this many before.”

Romano remarked that he had already made plans to sell twenty of the sheep: an amble area of land for keeping thirty sheep five years ago was now, by his estimate, just about sufficient for ten. “But actually, I can’t be bothered with them any more. I’d rather just sell them all and buy one cow.”

A cow is worth £300 here; which seems a meagre recompense for an animal which requires not only two years to raise but, apparently, twenty-five acres of grazing land a head. Twenty-five acres, that is, of previously wooded land – the enormous flat plains surrounding Puerto Natales are not a natural phenomenon, most of the area was burnt off only fifty years ago, when the government still issued monetary rewards for any farmers who might wish to set fire to a piece of their land in order to make it more suited for cattle ranching. Nowadays the authorities’ are less enthusiastic about the destruction of the countryside; but the clearing, to an extent, continues. Driving between the town and the Argentinian border the landscape consisted, as usual, of fields full of cows, but it was very noticeable that most of the fields were scattered with hundreds of quite large tree stumps: a substantial area of old woodland had obviously been fairly recently felled to make way for livestock.
Our Chilean driver, who had spent his life in the town, made a cheerful but mystifying response to the inquiry of how long ago the land had been cleared: “Oh, there never have been any trees here actually. Trees don’t grow in this part of the world.” 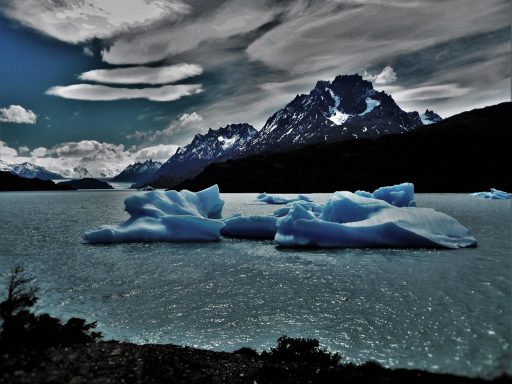 The abnormal hot weather is causing all the nearby glaciers to break up and melt – this one is already retreating at a rate of several metres a year. (Torres del Paine)

Many of the residents of Puerto Natales are calmly pessimistic about the future of the town and the world in general in the face of the increasing affects of global warming. But while the drought can certainly be attributed in part to global climate change, local clearing of the land has surely had a much more rapid result. The area, in fact, presents a textbook case of man-made desertification caused by the removal of the natural vegetation, and the culprit is the same one which is responsible for destroying much of Argentina and Brazil, including vast stretches of the Amazon rainforest, and which in fact is responsible for exacerbating global warming – namely cattle farming. The residents seem to have largely overlooked the true cause of their problem: the need to produce ever more meat to cater to the civilised world’s completely incurable and devastatingly damaging addiction to beef. Or perhaps, like most people, they just prefer to attribute the undesirable events to something entirely beyond their control.

Either way, it seems unlikely that the land around Puerto Natales is going to return to it’s former state any time in the foreseeable future, and as the drought continues and intensifies both growing strawberries and raising livestock are going to become impractical. And then what will the farmers do?
“Well I don’t know, but I’m moving south,” said Romano. “I’m going as soon as the children have left home.”

It’s an intrepid proposal – the coast of Chile, south of Natales, is a mountainous wilderness with no settlements or access by road, or in fact any links whatsoever with civilisation. However, Romano assured us that he’s already had more than enough of civilization. 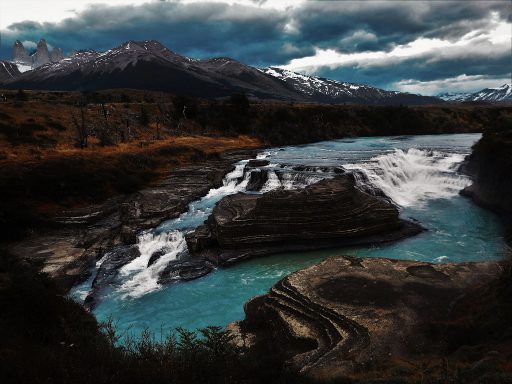 A river bed, which is, according to locals, as good as dry in comparison to its state in previous years. The water level has dropped dramatically in all the lakes and rivers around Torres del Paine.

One thought on “A Developing Desert”